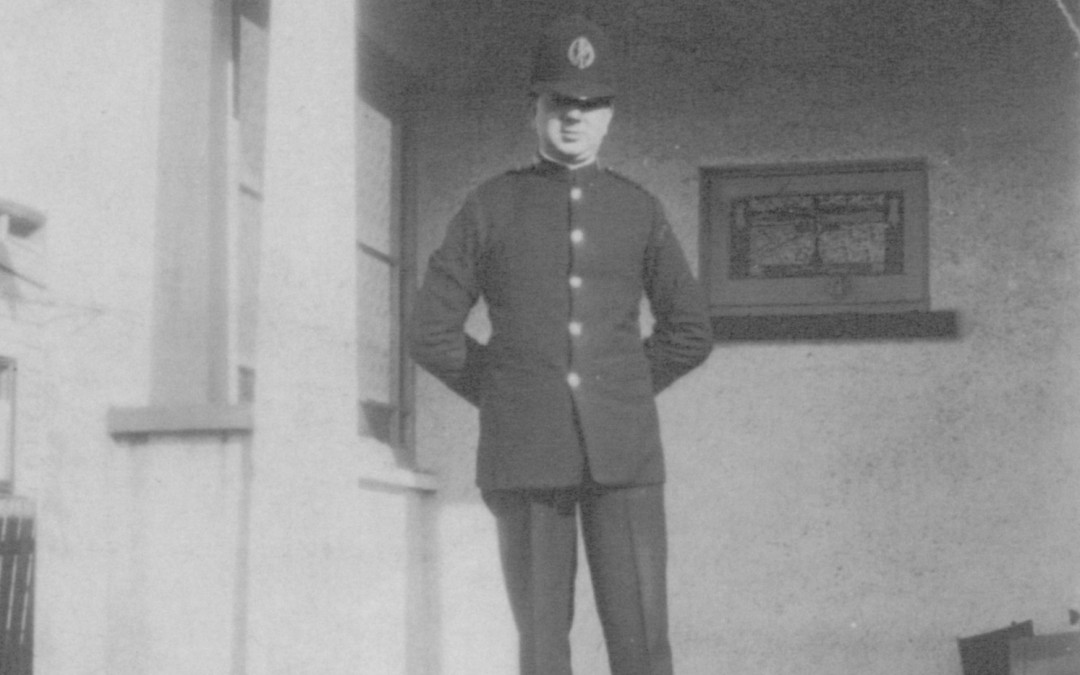 The Morning Shift – 5am to 1pm: One or two men would be put on fatigue at the city stations. Others would begin patrolling at what was a quiet time. Then the noise of tramcars and vehicles would begin with the rush of workers.

Breakfast was half an hour (in reality often no more than ten minutes to gulp down some food and tea) between 8 and 9am. By this time some of the men would be immersed in traffic control work.

During this period of time (1920-30) Point Duty was a routine part of the work of beat men on the main city thoroughfares between 8am and 6pm. Men on adjoining beats would spend alternate hours directing traffic. Genial greetings from regular travelers gave satisfaction, but point duty was tiresome.

It was while doing traffic control one morning that my father heard his school days nickname being called out. On turning around, he came face to face with one of his old classmates from England who was an officer on a ship that was berthed in Auckland. They were able to meet up later on in the day to catch up on each other’s news of the years since they had last met. He was able to meet my mother and her family.

Boredom controlling traffic soon set in if you did not take an interest in people, obtaining an occasional ‘Good Morning’ and getting to know the regulars on your beat, like the taxi drivers, city council workers, newspaper sellers and shopkeepers. Doing so meant they might drop hints on suspicious characters and provide assistance when needed. A cup of tea and a chance to rest could be offered at the back of a shop – but you still had to watch the clock and be at the fixed spot on time.