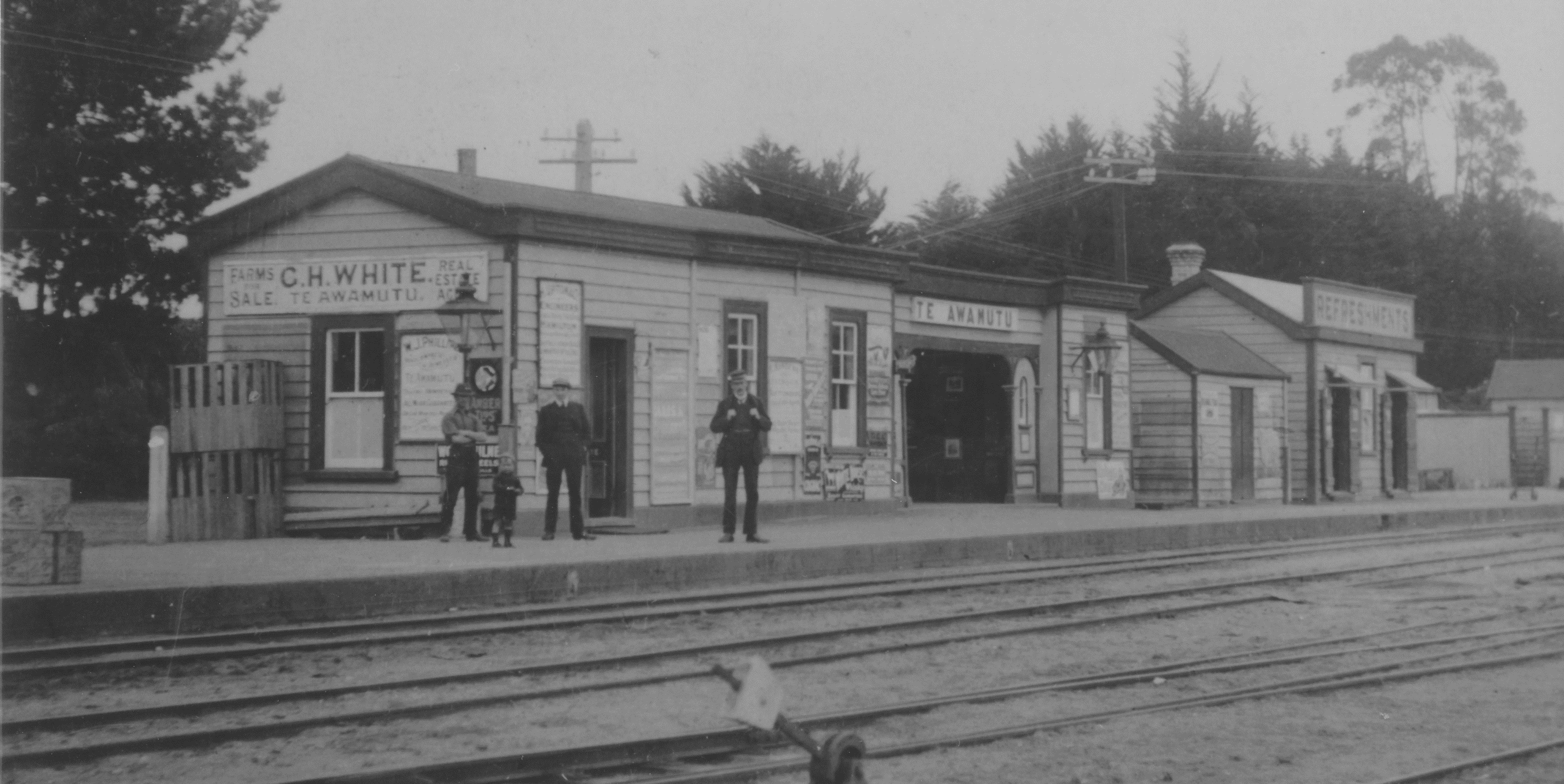 Often I used to stay with Grandma and Grandpa Langmuir in their grand home at the end of Laurie St overlooking the railway tracks. As it was school holidays my job at the Railway Tearooms was to ring a bell that was outside the shop to let the passengers off the train from Auckland for refreshments, to know where to come.

There was a coal range which had a large black kettle that had tea bags brewing. Those tea bags were my job too, making them with a square piece of linen – put in loose tea, tie with string and put in the kettle. Served with the best fresh ham sandwiches off the bone, ask any of the carriers or postmen who often stopped by. Grandma also made sultana cakes and long biscuits.

After, when the train was pulling out Grandpa would go through the train with his basket to collect any cups and saucers not returned – we didn’t want them to end up in Te Kuiti or Taumarunui. After the train pulled out my job was to empty the tea bags and wash the linen squares and string and hang them on the line to dry and get ready another lot for the next train. We never used the Railway toilets (no pull chain in the early years) but had our own commode in the back room surrounded by extra stock such as Sante Bars, Whitakers, Nestles Almond and Honey chocolates, cigarettes, etc. Handy place for light fingers!

On our way home after closing the Tearooms Grandpa would have his basket lined with newspaper and pick up the larger pieces of coal that had dropped from the rail wagons to keep the home fires burning.

With regard to Te Awamutu Railway cups and saucers not being returned, many years ago a farmer south of Te Kuiti was clearing gorse by the railway tracks and came across many cups and saucers, probably thrown out of the carriages when the passengers had finished.

If you want to see more images, research our collections online: https://collection.tamuseum.org.nz/objects?query=te+awamutu+railway+tearooms