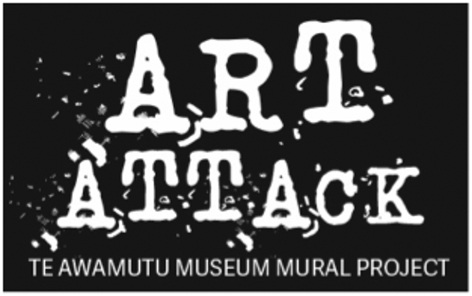 We’re looking for our next muralist to participate in Te Awamutu Museum’s Art Attack Mural 2022-2023!

If  you’re a budding artist who would like to give it a go to transfer your skills onto a wall or, if you’re a seasoned mural artist and are looking for something different contact the Museum. We will be opening submissions in soon so look out for some more info coming. 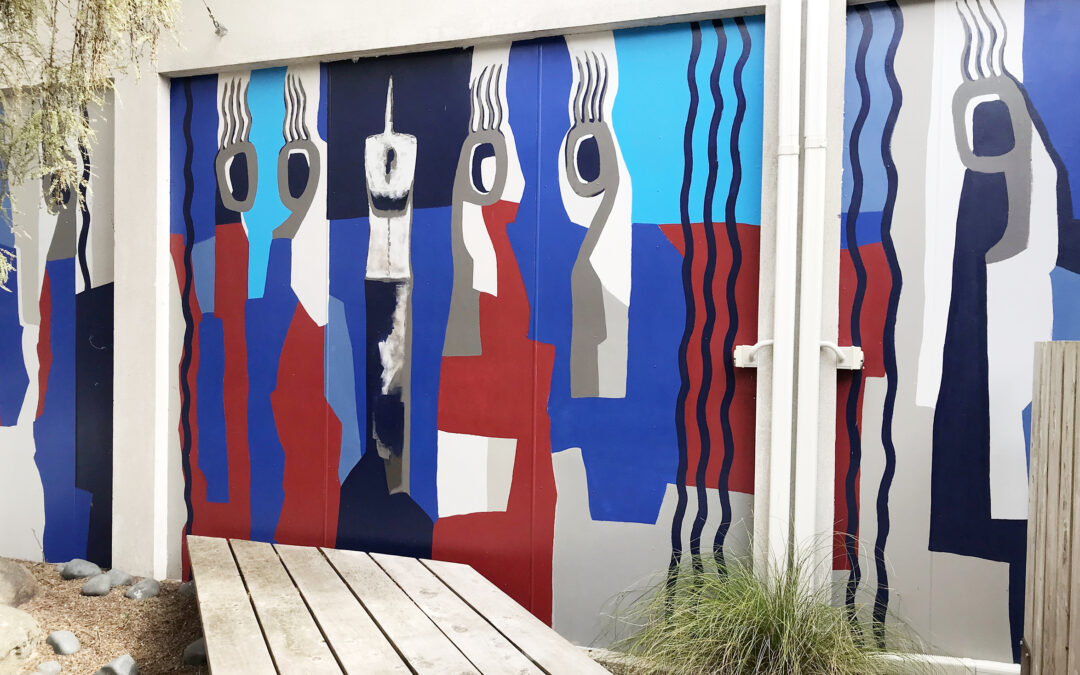 This is the second ‘Art Attack Mural’ commissioned by the Museum for the courtyard. It was chosen from a shortlist and installed in Feb-March 2020 by local artist Hakahaka Tane of Ngāti Urunumia, Ngāti Uekaha, and Ngāti Ruaroa.

In her own words, Hakahaka describes this mural ‘Totara I Ahua’ as a modern response to the re-emerging of Te Uenuku who lay at the shores of Lake Ngā Roto for 226 years before it was rediscovered around 1906.

In its original form, Te Uenuku assumed the transferring of sap downward and upward within the phloem, carrying nutrients to all its living parts also described as a transfer of chromosomal segment to a new position. It is the artist’s impression of the transference and re-emergence of Te Uenuku that speaks to whakapapa and is rendered in paint as active. The work is a reflective reminder that sets aside physical boundaries and the significance of translocation, transference of energy, intention, and universal purpose between all living entities unique to Māori culture that reside between Ranginui and Papatuanuku.

Te Uenuku holds significance for Ngāti Maniapoto and Tainui tribes during the invasion of Ngāti Toa at the battle of Hingakākā at Lake Ngāroto around 1780. The histories of Te Uenuku are recorded within Te Awamutu archives.

The Museum extended the showing of ‘Totara I Ahua’ due to Covid, so visitors can enjoy this amazing mural and learn more about the artwork and artist.

Hakahaka sought permission of Uenuku’s kaitiaki, Shane Te Ruki to use the form and likeness of the taonga Uenuku before the mural proposal was acknowledged by the Museum team.

Here’s a time-lapse video of Hakahaka working on the mural. 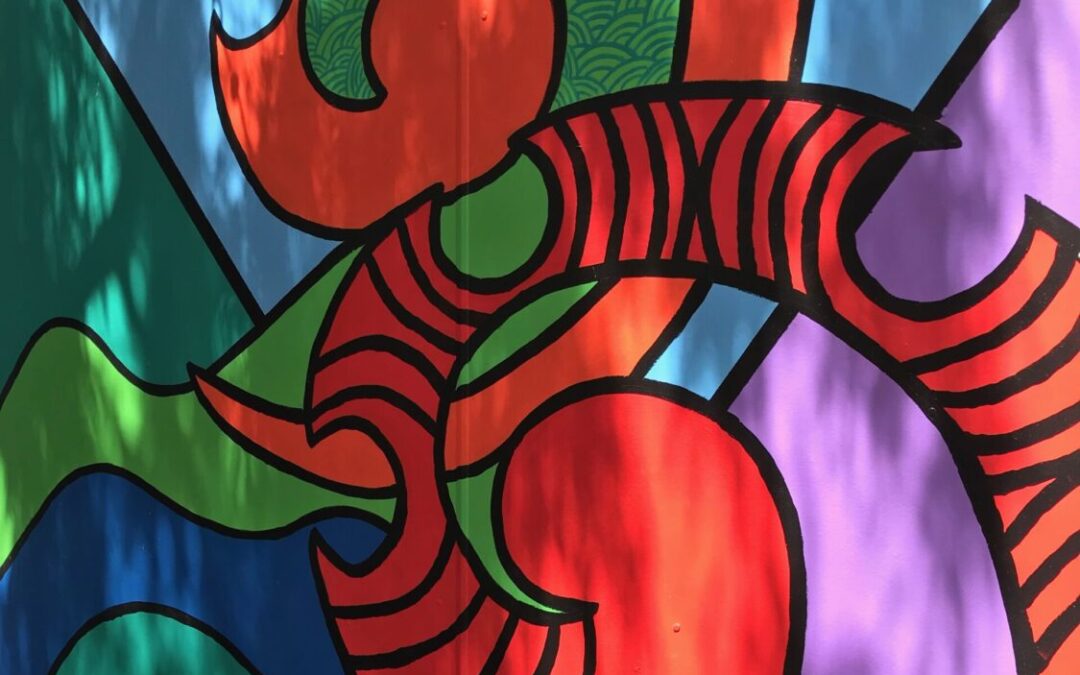 This project kicked off in 2018 with Marc Lenton and Oriwa Morgan-Ward being the first artists to take on the mural project. The mural added colour and dimension to the space making it friendly to visit for quiet contemplation over a good book or a time out space for a class of school students. The wall also faces council staff offices making a nice retreat for the eyes when taking screen breaks.

Kape is the result of a colab between Oriwa Morgan-Ward and Marc Lenton. Both took on this project to showcase their flexibility of styles and materials they ar 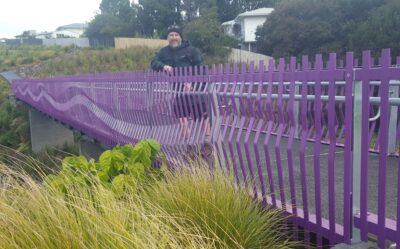 e used to working in. 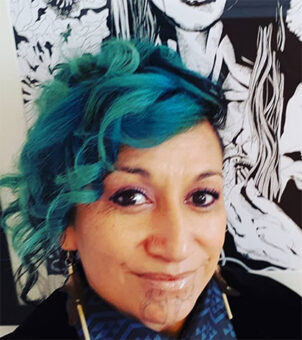 sculptures and unique one-off jewellery. Oriwa Morgan-Ward is a Māori artist who is developing her teaching skills whilst imbuing strong whakapapa connections and cultural sensitivity when creating artwork and presenting educational programmes.

Kape activates the viewer’s mind to open up a portal to the past, present, and future moving you from one place in time to another.

Like Kape, the Te Awamutu Museum is a pathway to the rich history within its unique landscape and communities in the Waipā district which is constantly transforming and developing. The Museum reveals the past and windows to the future.

Right-hand panel: Past – The Atua Tane Mahuta gets the seed from the tree of light.

Middle panel: Present – Navigating the space of Tangaroa, Atua of the sea depicting the need to be flexible and fluid.

Left-hand panel: Future – Transformation, time to regenerate from the puku of Papatūānuku and move forward by utilising the seeds of knowledge gained from the past, and nurtured by the present.

Maungatautari, Kakepuku and Pirongia Maunga are represented by triangles within the art. Each panel is an individual design of its own, when viewed as a whole triptych, they portray an abstract vessel of knowledge.

Here is a time-lapse video of Marc and Oriwa working on the mural and a bit of a kōrero after.