CONNECT WITH THE PEOPLE WHO SHAPED THIS LAND.

Begin your journey through landscapes filled with rich stories of the Tainui people. In this gallery there are exquisite and significant taonga Māori connected to the wairua and people of the land – tangata whenua.

One of the most significant taonga Māori displayed in this gallery is Uenuku – a kaitiaki, traveller, and uniquely shaped whakairo carved from totara with stone tools. There is an exquisite whakairo carving depiction of Te Rauangaanga, a great Tainui ancestor and chief of Ngāti Mahuta. The whakairo was carved from stone and metal tools. Te Rauangaanga was the father of the first Māori King – Potatau Te Wherowhero.

Another amazing taonga Māori is the large waka tīwai or river canoe. It navigated the rivers in the Waipā district pre-European settlement. It was found in the infamous Lake Ngā Roto where there were lake pā (Māori seasonal settlements on the lake). Lake Ngā Roto is 5 minutes drive from Te Awamutu.

Nau mai, hoki mai – visitors are always welcome to sit and spend time in this gallery.

Please note: You are more than welcome to bring koha to lay at the feet of Uenuku as an offering. Please be mindful to ensure all koha are pest free of bugs. Bugs can be harmful to taonga and objects in the Museum. Kia ora.

Move forward through a time of transformed landscapes, shared cultures and lifestyles. In this gallery are amazing objects from lands far away with the most incredible stories. The story of wars in the Waikato begins here.

A map of the Waipā extending up the wall, introduces visitors to the stories within this gallery. The Chapman’s map of the Waikato is an archive within the Museum collection, dated 1866. Showcased on the map are some of the Māori pā, religious settlements and flour mills. This was an industrious landscape, Māori owned and operated a great proportion of flour mills in the Waikato region. Who would have guessed that premium flour was produced here in the Waikato and sent over to Queen Victoria, who in response, sent great gifts of two framed lithographs of herself and her royal family. One lithograph is in excellent condition and cared for within the Museum’s collection. On occasion it comes out on show to highlight this incredible story.

Another story shared here is of Wiremu Toetoe Tumoke and Hemara Te Rerehau Paraone and how they journeyed to Vienna, apprenticed to the Imperial Printing House and were taught printing, lithography, copper plate engraving and well as German and English languages. Before returning home to the Waipā, they were gifted a Hopkinson and Cope Albion hand-press by the Emperor of Austria. The press was named Te Hokioi Rere Atu Na and it stands proud in this gallery alongside the story of Wiremu and Hemara’s connection to it. Te Hokioi Rere Atu Na was used to print te reo Māori propaganda highlighting the imminent war infiltrating the Waikato.

Come and spend some time finding out more of the history of the Waipā. 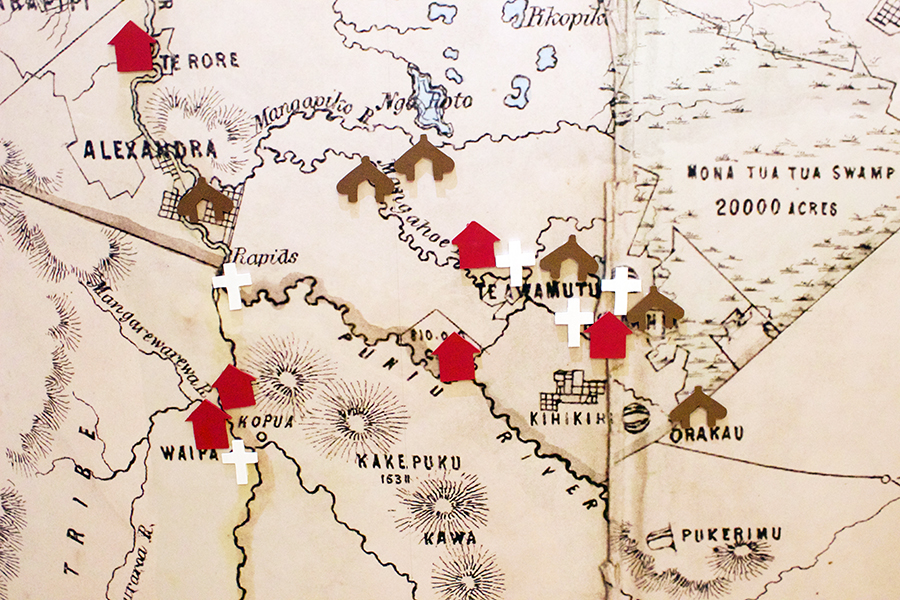 Experience the struggles, challenges and success in developing our modern communities. Industry and land development begin along with the coming of the railway.

Within this gallery you’ll learn about the first cooperative dairy company established in Te Awamutu, 1882. Exporting their butter in Kahikatea wooden boxes as exported refrigerated shipping began. A national butter brand known as ‘Anchor’ was born at a butter factory in Pukekura, near Cambridge in 1886. In the gallery is an actual butter impression that was rolled over the butter to impress the brand.

An impressive item on show in this gallery is the campaign desk, circa 1800. It’s history is unknown, however, it was likely present at Rangiriri or Ō-Rākau, both sites locations for Crown military forces during the Land Wars of 1864.

The wall graphic is a photograph of Sloane Street here in Te Awamutu, circa 1900. It is part of the Museum’s extensive archive collection. A great fact to note is that the Te Awamutu Museum is one of 10 National archival repositories. If you’re interested in viewing some of these archives you can search online here. 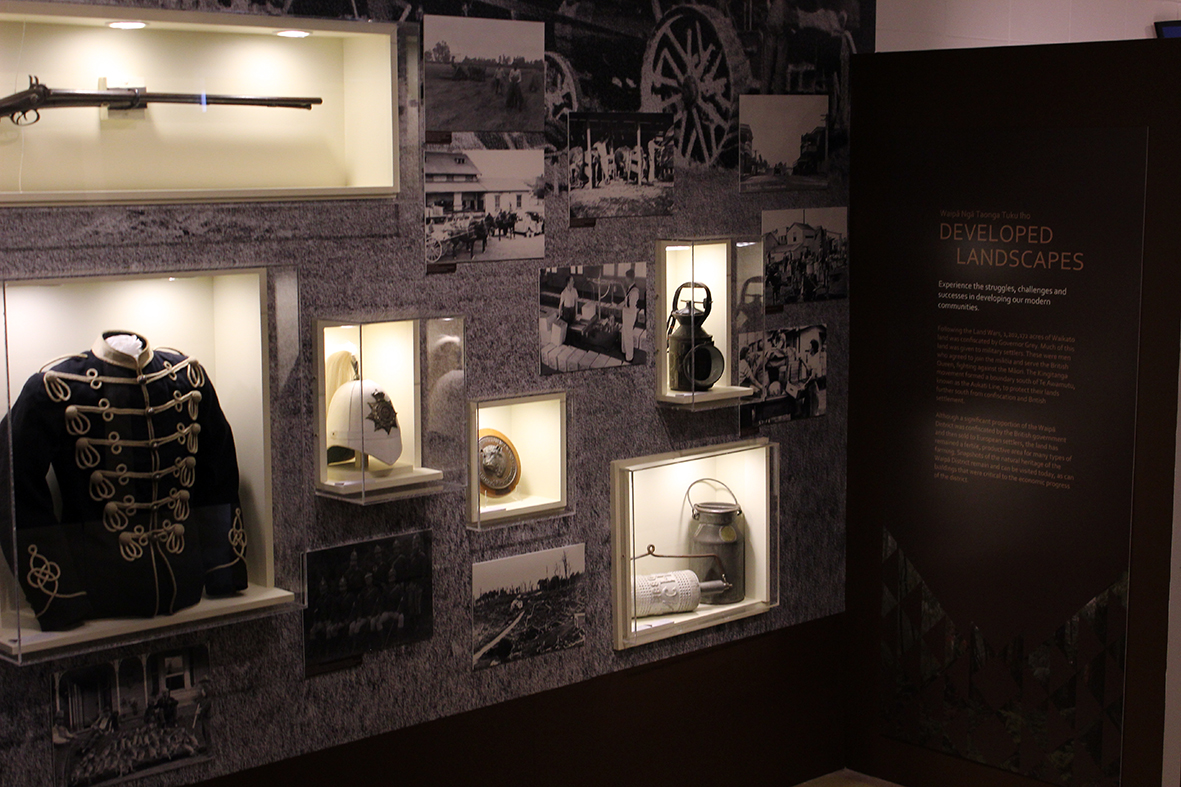 Three long-term social history galleries that form an overview of life pre-European through to the industrial achievements of the 1960’s in the Waipā district.