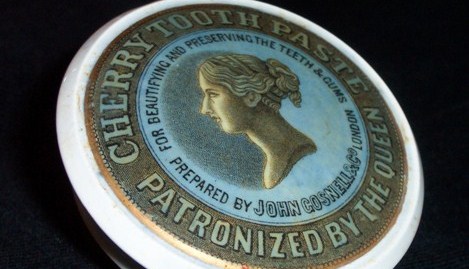 If you want to research objects of a similar ages, try or collections online: https://collection.tamuseum.org.nz/objects?query=toothpaste+lid