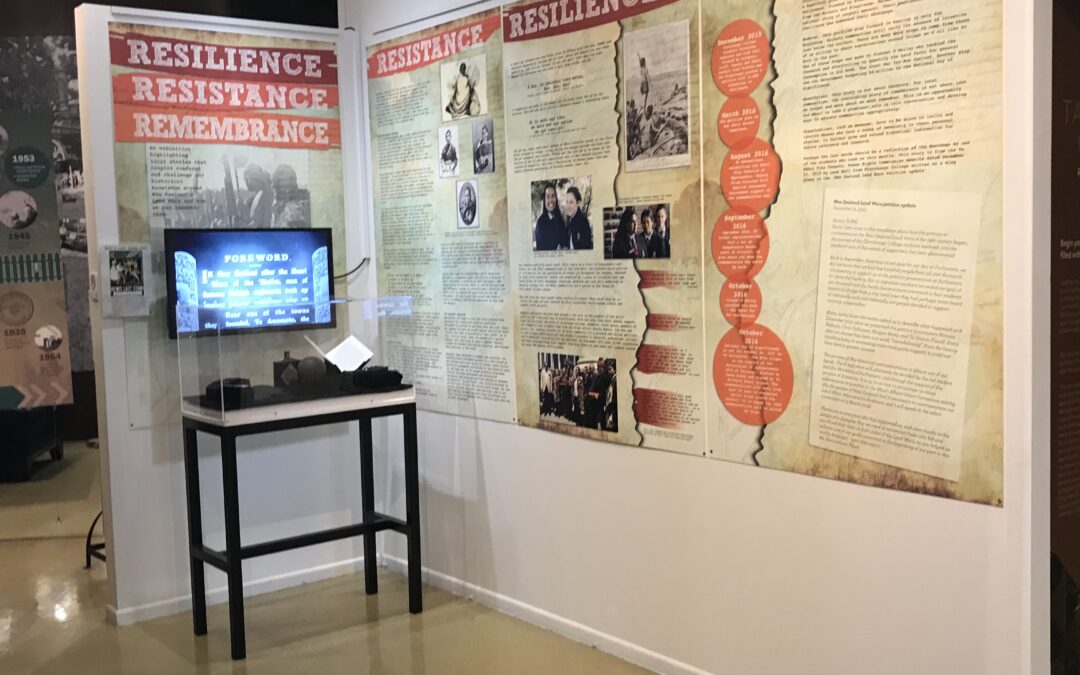 “Resilience Resistance and Remembrance” is an internal exhibition developed for the Front Porch Gallery, scheduled to be shown twice a year once around April/March to commemorate the 1864 Waikato British Invasion of the Waikato within the district of Waipā, and for the month of October to commemorate Rā Maumahara, New Zealand Day of Commemorations 28th October.

The content of this exhibition gives visitors an overview to how Aotearoa New Zealand adopted Rā Maumahara, New Zealand Day of Commemorations 28th October, revealing Waipā district’s connection to the Waikato Wars and the local school students that carried the kaupapa vision of change.

From time to time, we will bring out different taonga from the battles and often show ‘The Battle of Ō-Rākau’ the movie ‘Ake, Ake, Ake!’