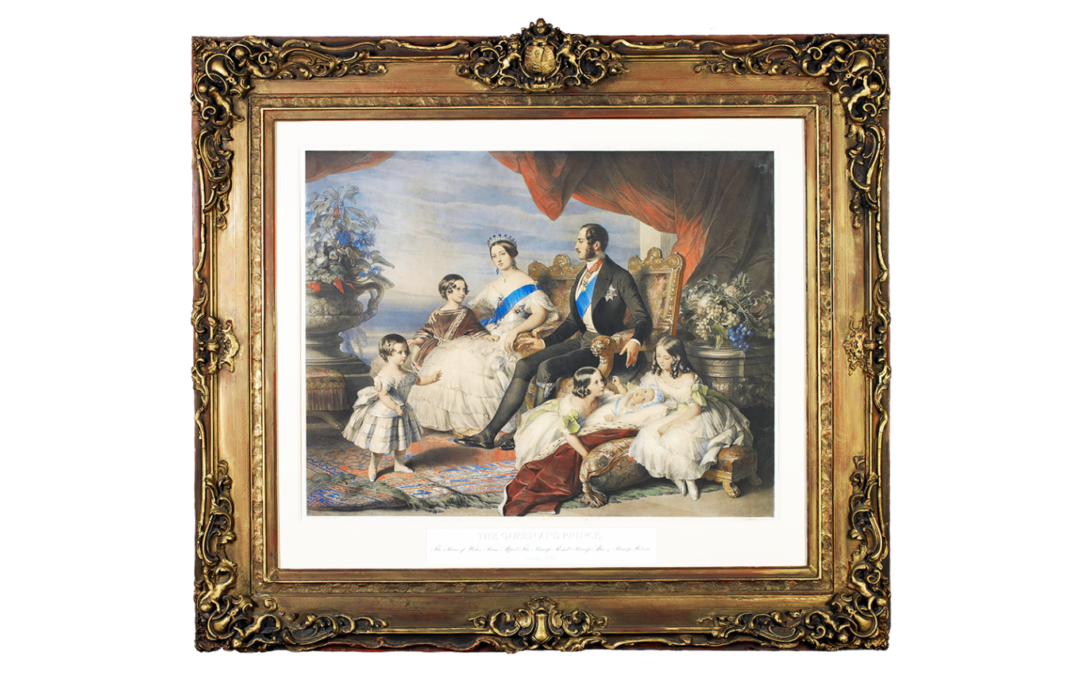 This  lithograph is an exquisite  exemplar of the reproduction of a portrait of the British imperial family. Franz Xavier Winterhalter, painter to the Royal Courts of Europe, completed this image in 1846. The Parisian lithographer, Alphonse Leon Noel,  copied it on commission a year later.

If you have any further information about the lithograph, contact our staff on 07 872 0085 or museum@waipadc.govt.nz

If you want to research our collections online: https://collection.tamuseum.org.nz/objects?query=lithograph